Breasts are one of the most important elements of motherhood and femininity in the female body. Due to many reasons such as the effect of gravity, frequent weight gain, aging, breastfeeding, it sags over time and loses its old volume. Women are very sensitive about sagging, softening and deforming breasts.

Observing deformities on the breast that have been plump and lifted may affect their psychology negatively and they may feel to look for a solution. At the same time, if the breasts are too large, it also causes sagging. For this reason, they may need breast reduction as well. With breast lift surgery, breast augmentation and reduction can be performed to satisfy the patient and achieve her expectations. Breast lift surgeries are a healthy method in this regard.

The non-sagging breasts, the nipple is above the under-breast line.

In slightly sagging breasts, the nipple is at the level of the under-breast line.

The breasts are attached at the base to the pectoral muscle above the ribs by a membrane. Under normal conditions, it is between the second rib above and the sixth rib below. It extends to the bone called the sternum on the inside and extends to the anterior starting line of the armpit on the outside. These lines guide us in breast augmentation, reduction and lift surgeries.

Another structure is the connective tissues that shape the breasts and keep them upright. These structures, called Cooper ligaments, start from the nipple and wrap the breast and hang the breast up and to the sides. In enlarged breasts, these also stretch and lengthen. They are structures that can lose their flexibility over time. If these structures are cut during surgery, it will be necessary to suspend them with threads.

The patient who wants to have breast lift surgery should have a physical examination. Nipple location and amount of mammary gland are checked. Measurements are made regarding this, and their new locations and dimensions are determined. The operation should be planned according to patient’s need and the plan should be explained to the patient. 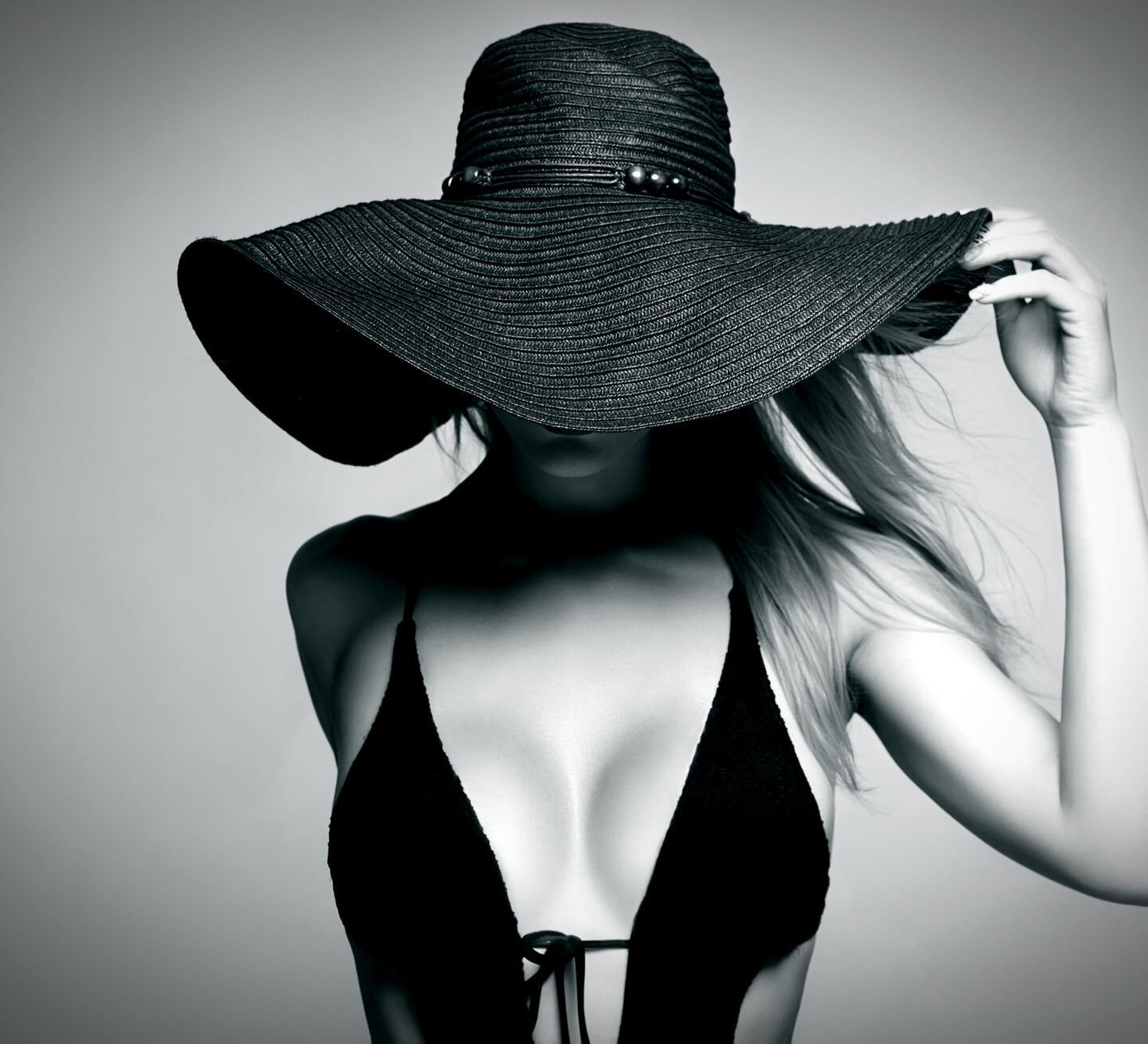 How is Breas Lift Performed?

Breast Lift operations are performed without combining with any operations if the patient has only sagging problems without excess fat tissue or enlargement desire.During the operation,the breast tissue is preserved alive and the nipple is moved to the area where it should be, while the surrounding tissues are gsthered and the ideal breast shape is achieved.The techniques to be applied in breast lift vary according to the amount of sagging.If there is a mild sagging; A breast lift can be performed only with a small incision made around the nipple. Here, by entering from the nipple, the breast tissue is collected and suspended upwards.If there is more sagging; Since both the connective tissue holding the breast and the tissue of the mammary glands will become thinner and sagging, the incision will be from the nipple to the bottom. After the tissues are recovered, the nipple is hung upwards. Since aesthetic sutures are used during these procedures, it becomes a thin white and line-shaped scar in the long term after the surgery.The procedure is performed under general anesthesia in an average of 1-2 hours.

After the operation, the patient should stay at the hospital for one night. With the painkillers used during this period, the recovery period is mostly comfortable.

Since dissolvable sutures are used during the surgery, it is not necessary to remove stitches after the procedure.

The patients can return to their normal life in a maximum of 1 week after the necessary dressings are made.

After breast lift surgery, scars are mostly seen as a single straight line down the nipple. These scars may remain more or less vaguely, depending on the genetics of the person.

Is It Possible to have sagging after Breast Lift surgery?

One of the freaquently asked questions about the procedure is whether there will be sagging again after the breast lift operation. Breast may sag after breast lift surgery, especially during/after pregnancy rapid weight gain and loss.Therefore, if possible, breast lift surgery can be performed when patients decide not to have children anymore. In addition, patients should pay attention to their weight gain and weight loss in order not to face the problem of sagging again after the breast lift operation.

Breasts usually sag after birth due to weight loss and breastfeeding. Therefore, people usually undergo breast lift surgery after giving birth. However, the surgery does not prevent breastfeeding who is planning to breastfeed again after the surgery. The mammary glands are completely protected, especially for people who have been lifted without removing almost any tissue during the surgery.

Why do the breasts hang?

Is the prosthesis used in the chest? Is it just enough to lift up?

The use of prosthesis varies depending on the patient's chest structure and size. If there is no excessive sagging and the size of the breast tissue is suitable for the use of prostheses, a certain erosion will be achieved with the use of prosthesis only. However, in patients with significantly reduced breast volume, only uplift may not be sufficient. In this case, both uplift and silicone prosthesis may provide volume gain in the same operation.

Do you have milking problems after breast lift surgery?

After breast lift surgery, the patient can give birth and breastfeed because the surgery won’t harm the milk canals.

How long can I be operated after giving birth?

People may have breast lift surgery at the end of breastfeeding period.

Will be there a loss of sensation after breast lift surgery?

The sensation may decrease in the period after the operation due to surgery and swelling but it returns to normal at the end of the recovery period. However, there is a small probability to have a loss of sensation when performing breast reduction and breast lifting at the same time.

What are the Breast Lifting Methods?

Breasts may gradually loose and sag due to many factors such as gravity, birth and breastfeeding, weight gain and loss. women who witness these changes in their breasts are adversely affected psychologically, aesthetically and physically overtime and start to look for ways to lift their breasts. Women who avoid surgical operations try to find alternative solutions in the first place. But the only solution to Breast lifting is surgical operation.

Women have tried many different methods to lift their breasts so far, Manufacturers who know that women are sensitive about their breasts have produced many false breast lifting products and services with misleading advertisements and promotions. In addition to being the definitive solution for breast lift, these products and services adversely affects women both financially and healthily, beside that they are not the exact solution for their problems.

Shortly Breast lifting is not possible without surgery, thats why, it would be better for women with sagging breasts, to consult a plastic surgeon instead of resorting to other ways and decide the most appropriate treatment for themselves, this will be much more better for them both financially and healthily.

Is it possible for breasts to sag again after breast lift surgery?

In case of pregnancy or major weight gain or loss after the Breast lift operation breasts might sag again.

Is it possible to perform other surgeries combined with Breast lifting?

Depending on the patient needs another interventions can be performed on different parts of the body during the operation.

What affects the cost of breast lift surgery?

Secondly: placing an implant beside of Breast lifting in order to provide certain size for breasts. The cost of this surgery is more costly than the first one.

When can return to my daily life?

After applying wound dressing for a few days after breast lift operation, patient can return to their daily life within a week. İts recommended for patient to avoid heavy movements and exercises for the first 3 weeks.

How long is the corset worn after surgery?

At the end of the operation, the patient is worn a special medical corset. This corset does not restrict the patients’ movements and it is recommended to be worn for 6 weeks after operation. However patient can wear a normal bra after two weeks.

Is there an age limit for breast lift surgery?

Every female have completed her body growth and does not have health problems that prevent her from having the surgery can undergo a Breast lift surgery.

Will be there a permanent scars after breast lift surgery?

There will be scars after each surgical operation. However, these scars will significantly lose its visibility within 6-12 months and take the form of a thin white line if the patient follows the doctors’ recommendations.

Is breast lifting possible without surgery?

The sagging connective tissues due to weight loss and gain or aging can not take back its old form by using cream, gel etc…, and Even if there is some benefit of the exercises performed for Breast lifting, the only and definitive method to tighten sagging breasts is lifting them surgically.

What should be considered before and after breast lift surgery?

A detailed physical examination should be performed before breast lift surgery and doctor should tell the patient about all the details. Postoperative painkillers and other medicines should be used Regularly, also wound dressings should be used carefully, Long walks and exercises that tire the arms should be avoided in the first week.

Get Started SEND US A MESSAGE